Daphne du Maurier’s supernatural thriller ‘Don’t Look Now’ was made famous by the iconic 1973 film. But can it work as a play? Nell Leyshon on the challenge of adapting it for the stage (Guardian, January 2007) 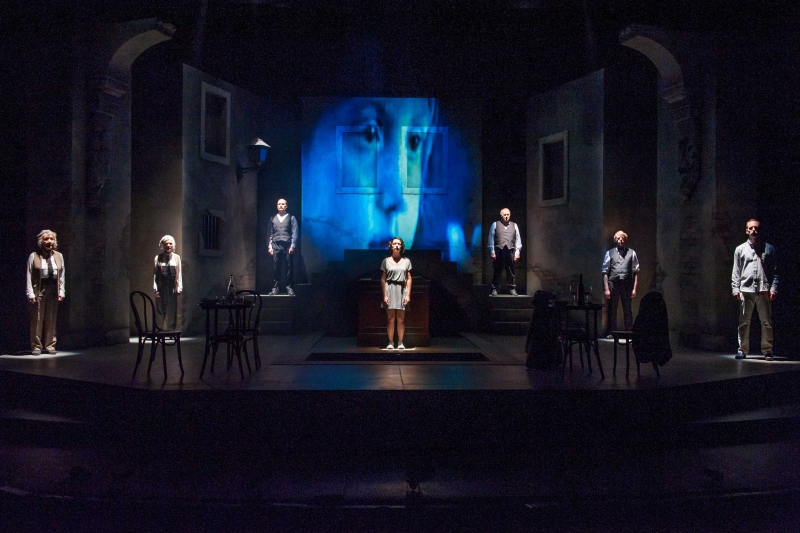 It began when a friend told me she had reread Daphne du Maurier’s My Cousin Rachel. She lent it to me and two days later I knew I was on the scent of a new chain, where I wanted to reread Rebecca, then some of the other novels. I had always loved Du Maurier’s work and believed her to be underrated; now I had an opportunity to bring my adult, writer’s sensibility to her.

So I started reading through the novels. Around this time, the director Lucy Bailey – with whom I was working on my second play, Comfort Me With Apples, about rural Somerset – told me that, over the past two years, she had been developing Du Maurier’s “Don’t Look Now” as a piece of work for the stage. I explained I was in the grip of an obsession, and was about to go to stay in Fowey, where Du Maurier had lived, taking Margaret Forster’s biography as company.

Nicolas Roeg’s 1973 film Don’t Look Now, starring Julie Christie and Donald Sutherland, is so iconic that it is easy to think you have watched it when you haven’t. And I hadn’t. But before I did, I wanted to read Du Maurier’s short story. After all, we were adapting the story, not the film. I read it quickly, in one sitting – it is more than 40 pages long – and was overwhelmed by its power and intensity. I knew immediately that I wanted to adapt it. And I thought that, before I began, I should finally watch the film.

I watched it in an unforgivable way – on my son’s portable DVD player, in a house full of people. Before I became a writer, I worked in film, and am usually scrupulous about the quality of the projection and sound, but I think I was scared of the film – afraid of being influenced and intimidated. However, even under these conditions, I found it gripping, disturbing and beautifully made – everything it has been claimed to be. I had a sleepless night, and the next morning carefully put the DVD away. I haven’t watched it since.