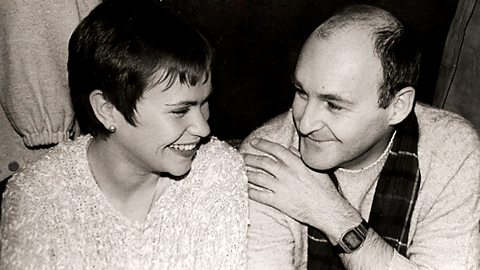 As part of the series Writing the Century, The Iron Curtain is a five-part series broadcast on BBC Radio 4 in 2011

Nell Leyshon’s “The Iron Curtain”  is inspired by the diaries of Paula Kirby, who went to teach English in East Germany in the 1980s, and her correspondence with paediatric surgeon Knut Löffler.

Fresh out of university, 21 year old Paula Kirby settles into her new home and job, teaching English at the University in Dresden but finds herself attracted to one of her students, a Dr Knut Löffler.