Shakespeare’s Globe has just commissioned its first ever play by a woman. What does Nell Leyshon have planned?

(interview by Andrew Dickson for The Guardian, February 2010) 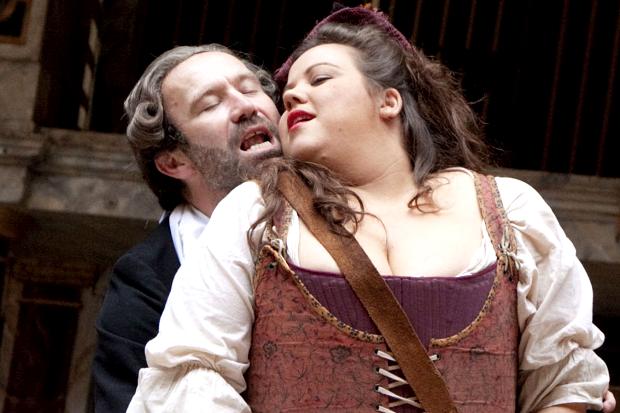 If playwright Nell Leyshon is ­overawed by the prospect of ­making history, she’s hiding it well. It was announced this week that Leyshon had been ­commissioned by Shakespeare’s Globe to write a drama for the ­theatre – the first woman to be asked since its opening in 1599. But ­Leyshon has something else on her mind first: body image. She’s working on play about the subject for the ­National Theatre, which has joined her with a group of ­teenagers in ­Plymouth. As we speak, she’s ­scurrying through an ­industrial park, ­attempting to find the rehearsal space.

“I come down for a week and write a play,” she says brightly. “It is a bit ­terrifying, because I’ve sworn I’ll ­finish it by Friday. The kids don’t quite ­believe me. But I will – because there’s other things I have to do.”

There is the small matter of ­finishing that historic commission. The play she’s writing for the Globe is ­entitled Bedlam, an 18th-century ­costume drama set in a ­fictionalised version of the notorious lunatic ­asylum. It will be a freewheeling mix of love and ­insanity; a romance infused with ­tragedy that will no doubt use the Globe’s unique properties – that large, open-air auditorium, Shakespeare’s circular “wooden O” – to full-throated effect. A fitting debut for a theatre with a rambunctious reputation.

“I thought I wasn’t ready to write a big story for a big space,” Leyshon says. “Playwrights now often write very small, very intense plays. You don’t get the opportunity to ­really stretch yourself, to be really brave. The Globe is much more extravagant to write for, much more extrovert. You have to embrace the nature of the space, and the nature of the audience.”

And there’s all that history, too. When the original Globe burned down in 1613, it was illegal for women to appear on stage, never mind write plays. Western theatre hasn’t moved on as much as it should, believes ­Leyshon. “When I started writing for theatre, people would say, ‘She’s a woman writer,’ and I didn’t ­understand that. You’d never say, ‘She’s a woman novelist’ or, ‘She’s a woman journalist.’ But in theatre, you do.”
(read the full interview)

Playwright and novelist Nell Leyshon talks to Kirsty Lang her latest book, Memoirs of a Dipper, the story of a young boy born into a life of crime against the backdrop of 1980s London. (recorded June 2015)

Listen to the interview here.

Interview with The Telegraph 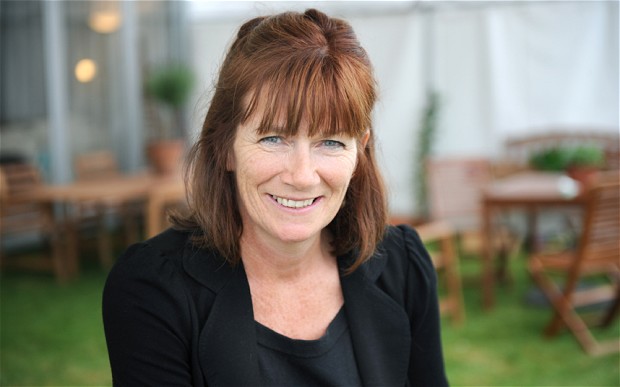 In my job, one of the greatest thrills is discovering a new writer of fresh and manifest talent, so I am unlikely to forget my first encounter with the work of Nell Leyshon. It was 2001, the year of the foot and mouth crisis, and I received a press release about a play called The Farm that was doing a tour of the West Country.

It was the time of the great countryside marches and the feeling was growing that the Labour government didn’t give a stuff about the troubles of rural England. I’d never heard of the Strode Theatre Company or most of the venues The Farm was playing, and when I turned up at a dilapidated converted cinema in Minehead my expectations were low.

But in her account of the problems facing a small Somerset farm, and the pressures on the family trying to keep it going, it was clear that Leyshon was a writer of skill and passion, ploughing a highly original furrow in a new writing landscape entirely dominated by urban drama.

The play transferred to the Southwark Playhouse, but it wasn’t until 2005 that Leyshon’s next play, Comfort Me With Apples, opened at the Hampstead Theatre, where she was Pearson playwright in residence. Once again, this concentrated on the plight of a farm, but naturalism had given way to far richer and more poetic writing, creating an extraordinary drama of long suppressed family secrets, potent folk myths and an air of autumnal melancholy and decay at a dying cider farm. The stage was covered with apples, whose aroma permeated the whole auditorium. (read full interview)